An Introduction to Aboriginal Art and Culture

Australian Aborigines the original inhabitants of the continent are one of the best known and least understood people in the world. Since the nineteenth century they have been singled out as the world’s most primitive culture and the living representatives of the ancestors of mankind. Aborigines are therefore probably more familiar to the rest of the world than are the white Australians who immigrated to the continent from Britain and other European countries. In reality, Aboriginal culture, as anthropological work over the last hundred years has revealed, is a complex, subtle, and rich way of life. On our way toward describing and understanding Aboriginal art, we need to look briefly at this culture, what it was in the past and what it has become today.

Aborigines have occupied Australia for at least forty thousand years. They came originally from southeast Asia, entering the continent from the north. (Present-day Australia, including Tasmania, was then one continent with what is now New Guinea.) Although Aborigines are Homo sapiens, biological isolation has meant that they are not racially closely related to any other people. Because of their relative cultural isolation, Aborigines were forced to develop their own solutions to the problems of human adaptation in the unique and harsh Australian environment. The result was a stable and efficient way of life. Probably because of its effectiveness, the society was slow to change, especially technologically. This gave to Aboriginal Australia the appearance of unchangingness.

Thearchaeological record reveals, however, a number of innovations, among them the earliest known human cremations, some of the earliest rock art, and certainly the first boomerangs, ground axes, and grindstones in the world. The stereotype of Aborigines passively succumbing to the dictates of their environment has also been recently questioned. We now know that they altered the landscape in significant ways, using what has been called “firestick farming” to control underbrush growth and to facilitate hunting. Aborigines also altered species occurrence of flora and fauna by resource management and possibly assisted in the extinction of prehistoric animals.

The notion of pristine natives with a “pure” culture was an artificial one: many Aborigines had considerable contact with Melanesians and Indonesians long before the European colonists arrived in Australia. Aboriginal groups also influenced each other. Waves of change swept the entire continent changes in tools and implements, in social organisation, and in ceremonial practices and mythological concepts. Aboriginal culture was dynamic, not static. The Aboriginal culture of the last two hundred years, the period after the arrival of the colonists, has also been dynamic. This is why it is difficult to speak of a hard and fast dichotomy between Aborigines “before” and “after” contact with the Europeans. Nevertheless, it is useful to look at Aboriginal culture at the point of first contact and as it is today.

Aboriginal Society at the Instant of Contact. The population of Australia at the time of the arrival of the whites in 1788 was probably between 250,000 and 500,000. The pattern of Aboriginal settlement was like that for present-day Australians, except in the tropical north, with most of the population living along the coasts and rivers. Densities varied from one person for every thirty-five square miles in the arid regions to five to ten persons for every one square mile on the eastern coast. Residential groups ranged in size from ten to fifty people, with some temporary ceremonial gatherings reaching up to five hundred. Most people tend to think of Aborigines as a unified, homogeneous group. Yet the Aborigines never used one collective term to describe themselves. No one individual Aborigine, in the precolonial past, would have known of the existence of many of the other Aboriginal peoples and regions of the vast continent of Australia, which covers nearly three million square miles almost the area of the United States.

To the Aborigines, the differences between individual groups were important and were continually emphasised. There was no concept of a pan-Australian identity. Even the idea of Aboriginal “tribes” is problematic. Smaller local groups were the basic units of Aboriginal society. These groups shared cultural traits and had economic and ceremonial dealings with other groups, but they did not form large confederacies for such purposes as warfare or conquest. In many regions an individual, by virtue of birth, belonged to a clan that was closely associated with “owned,” in a certain sense particular areas of land. Through other kinship ties and through marriage, an individual might have acquired rights in several areas of land. These relationships, along with residence and travel for economic reasons, produced a complex pattern of land affiliation and identification with local areas. The result was that all parts of Australia, while not always wholly occupied at any one point in time, were claimed by Aboriginal individuals and groups under a customary system of land-tenure law.

The primary structures of Aboriginal society were based on kinship. Every known person was considered to be kin, either by blood ties or fictively. Terms of reference for others were almost always those of kinship a “kind of mother,” a “kind of brother,” and so on. With these relationships came rights, obligations, and appropriate ways of behaving. This is not to say that Aborigines blindly followed timeless rules, but rather that kinship provided a baseline from which to operate in the society. People doubtless bent and broke rules, creating new ones over time, as with law and custom in any society. One cultural trait normally shared by several local groups was that of language. Here again we encounter a Western stereotype of Aborigines. Aboriginal people did not speak “primitive languages” based on imitations of so-called natural sounds. Aboriginal languages were fully developed systems of communication that allowed the expression of concepts as sophisticated as those in any language. Prior to I788, there were in Australia about two hundred distinct languages, further divided into many hundreds of dialects. In some parts of the country the Western Desert region of Central Australia, for example people over an area of thousands of miles spoke virtually the same language; in others, such as Western Cape York Peninsula, members of a local group spoke several different languages. Multilingualism was the norm rather than the exception throughout Australia.

Diversity in Aboriginal culture was also a product of the wide range of physical environments that Aborigines occupied: from the snow areas of the high country in the southeast to the beaches and rain forests of the tropical north, from the rich lands of the major river systems to the desert regions of the center. Adaptation to these environments led to the development of different economic systems, involving a variety of tools, technology, and living and work patterns.

For all Aborigines, though, life was sustained by hunting and gathering, rather than by cultivating crops. This nomadic life provided the Aboriginal people with a healthy diet, and in some areas, such as coastal Arnhem Land, subsistence required the equivalent of only three day’s work a week. To varying degrees, Australian Aboriginal economies were predicated on mobility and a corresponding absence of concern with accumulation of goods and property. Material culture was kept to a minimum and was simple, ingenious, and multifunctional. Movements about the country were not random or aimless wanderings in search of food. People undertook regular seasonal moves over particular areas to exploit certain resources and to participate in ceremonial gatherings with other groups. These movements were territorially restricted by Aboriginal law: no one person, before colonisation, could move at will across Australia.

Economic specialisation in traditional Aboriginal communities was minimal. Most adults were able to perform any of the subsistence tasks done by others in the group. Division of labor was primarily based on gender: men hunted large game; women gathered small ground reptiles and other animals as well as vegetables. In coastal and riverine areas both men and women fished and gathered shellfish. For technological reasons, extensive food storage was not possible, which meant that most food, once obtained, had to be consumed immediately. Because of this and because of the nature of Aboriginal kinship obligations, sharing was a major and defining ethos of the culture. To be human was to share. Government in precontact Aboriginal Australia was not located in an external body set up to implement rules independently or on a representative basis. Law and order was maintained through the infusion of religious ideology into everyday actions and through enforcement by senior men and women, with serious infringement sometimes resulting in death. Personal autonomy was high, however, and it was sustained by an appropriate ideological underpinning.

The attainment of religious knowledge began with initiation during adolescence and became a lifelong quest. Both men and women had specific religious ceremonies and held specific aspects or segments of mythical information. Some of these ceremonies were secret and restricted, others public. Many of these “classical” features of precontact Aboriginal society are still part of Aboriginal life in some areas of Australia. It is in these areas the Northern Territory, far northern Queensland, and parts of Western Australia and South Australia that we speak of tradition-oriented Aborigines and the survival of the classical culture. Although they have been affected by and participate in the broader, dominating system of Australia, these Aborigines maintain beliefs, social practices, and a worldview that are oriented more toward an Aboriginal world and history than a European one. To understand Aborigines in contemporary society, however, we must consider the impact of the European colonists on Aboriginal society, and Aboriginal responses to the colonists. 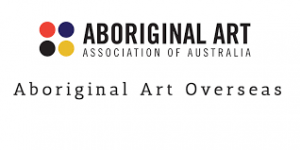 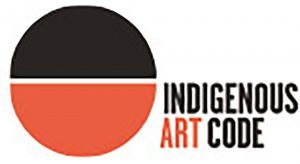